Any time I see packages of stationary or notecards on sale, I pick them up.  I probably shouldn't, since I have so many lying around, but it's quite useful to have them when you find you've forgotten to get someone a birthday card.  I rarely give them out as-is, though.  I have to make them my own, first!

Here are three designs I made using a little package of blank notecards: 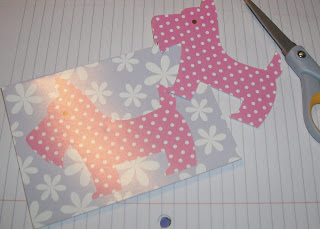 I love having multiples of the same card!  For this one, I cut the dog shape

out of one card and tied a green ribbon around its neck. 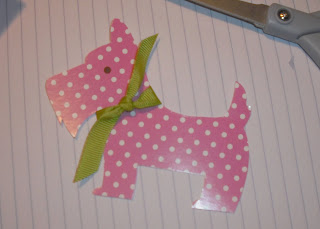 Next, I  punched tiny circles out of the back of the card, which was pink.

I glued these circles to the front of the second card, around the dog. 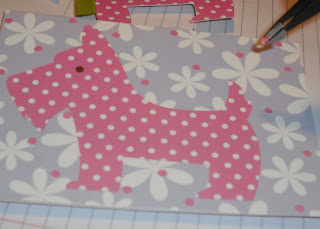 Once those were glued on, I used foam tape to stick the dog cut out directly

on top of the dog on the second card. 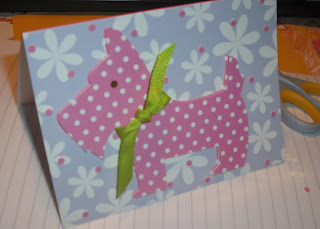 For the second card, I painted glue on a few of the white flowers on the front of the card.  I had colored sand leftover from another project, so I poured pink sand on the petals, then added a dot of glue and some yellow sand for the centers. 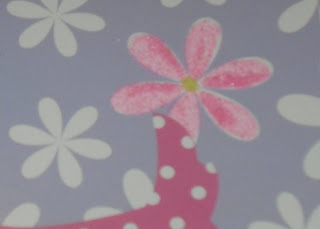 I really liked the green bow on the first card, so I added a collar of green sand on the dog. 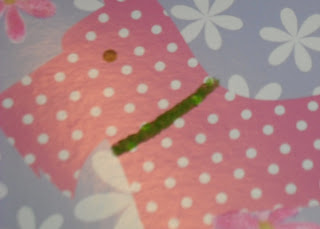 Lastly, I made a strip of green sand at the top of the inside of the card. 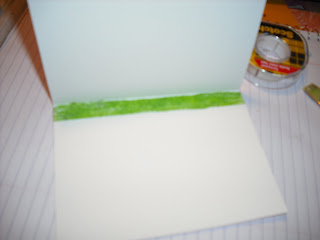 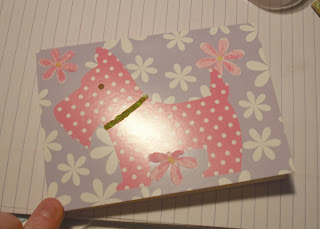 For the last one, I cut the dog out of the front with my craft knife.  I put double stick tape around the edges of the inside cover, then cut it away where it overlapped the dog cutout. 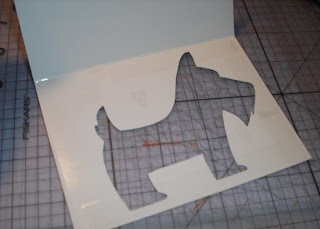 I had a plastic bag from some tissue paper I bought before my buy-nothing month started,

so I layed it on the tape, with one seam along the top, smoothing the plastic as I went.  Next, I trimmed the plastic to about an inch around the card, leaving me with a plastic flap. 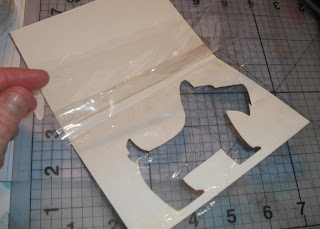 I used more double stick tape on the vertical edges of the card, inside the plastic.  I smoothed the second layer of the plastic bag down on the tape, creating a little pouch with the bottom open.  I trimmed the plastic from the sides of the card, but left the excess plastic on the bottom edge.  I poured about a teaspoon of my new favorite crystal glitter into the pouch, then folded up the excess plastic and taped it with one-sided tape. 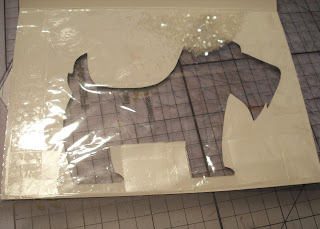 I adhered the dog shape to the inside of the card with my trusty double stick tape, directly under the dog-shaped window in the front, and the card was finished.  So cute!  I think this one is my favorite! 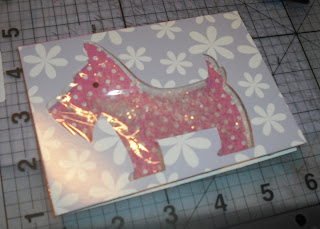 Skip to my Lou

Skip To My Lou gifts

A Few Of My Favorite Links